"The only thing I've ever successfully made in the kitchen is a mess. And several small fires." – Carrie

No one captures the lives of the lovelorn and the love-seeking in New York City better than columnist Carrie Bradshaw does. As fodder for her column, single and fabulous Carrie looks to the experiences of her best friends and her own. Never shying away from difficult or delicate subjects, Carrie hasfrom emotional dependence to sexual independence. And somehow, through all her research and realizations, she's remained open to the possibility of finding love among the ruins.

Of all her paramours over the past few years, no one has captured and frustrated Carrie's heart as much as Mr. Big. Their sexual chemistry was undeniable, as was the fact that Big would never fully commit to Carrie.

And every time Carrie mustered up the strength to say goodbye, there he was, driving up in his chauffeured car and luring her back with his charm. Until he married. Then, along came the anti-Big, Aidan Shaw – good-hearted, good-looking, emotionally honest and ready to commit. Carrie Aidan's authentic charm. Still, the bad girl in her couldn't sever itself from Big and she embarked on a torrid affair with her married ex. When she came to her senses and ended the clandestine tryst, she confessed to Aidan and watched him and his broken heart walk away.

Until Season Four, that is, when Carrie and Aidan were reunited – each a little older and wiser. However, at each step forward in the relationship – living together and then getting engaged – Carrie was overcome with doubt. She struggled to quiet her fears, but ultimately realized she wasn't quite ready. When Aidan pushed her, she realized he still did not trust her and the relationship ended with heartbreak and a desperate need for a bank loan. Single again, Carrie turned to getting her life in order. She moved from being a "renter" to an "owner" and put her career on a new track with a job at the mecca of fashion journalism, Vogue. Nothing signaled the "end of an era" more than Big's decision to move to Napa, California. Carrie said goodbye to her past and faced her future with renewed strength and hope.

In Season Five, Carrie struggled to define herself – and her weekly column – outside of a relationship. With the publishing of a book of her past columns, her career became front and center. Yet despite of or perhaps because of her professional success, Carrie became increasingly cynical about love. Upon meeting fellow writer Jack Berger, she felt that unmistakable "spark" – but Jack was spoken for. On a book tour to California, Carrie reunited with Big for a night and satisfied her longing for some sexual satisfaction. But realized, that even no-strings-attached sex with Big is never simple. Back in New York, Carrie crossed paths with Jack again and learned he was newly single. After a promising flirtation in the Hamptons, Berger got nervous and backed off. But while dancing at a wedding the two decided to overcome their fears and go out on a date before breaking up.

Unforunately, as we learned in Season Six, Berger wasn't Carrie's perfect man. Despite the seemingly ideal pairing of two professional writers, Berger just couldn't cope with Carrie's growing success. Carrie's luck with men stayed consistent (consistently bad) with a horrible fling with a friend of Harry's, followed by a heartbreaking experience with Big. Then, when she least expected it, Ms. Bradshaw met the world-renowned artist Aleksandr Petrovsky, a man that seems to have swept her off her feet with his European charm and natural charisma. Perhaps the mysterious Russian will prove to be the man that will finally be able to keep up with Carrie for good.

The most fashion-forward of all the Sex and the City girls, Carrie's style defies all categorization. Rummage through Carrie's closet and you'll find haute couture pieces side by side with vintage frocks, downtown club wear and miles of Manolo Blahnik stilettos. Carrie expresses her eclectic, whimsical self and that of her city through a masterful and sometimes outrageous mix of these styles. A fashion chameleon, Carrie can start her day looking like a streetwise pixie, change into a neo-bohemian outfit for lunch, don an elegant princess dress for dinner and slip into a skin-baring ensemble for a late-night party. Every season, she makes a signature statement through her accessories. First it was the nameplate necklace, then the flower pins, and "baguette" bags and then, gloves, newsboy hats and the diamond/gold stackable jewelry from Mia and Lizzie. 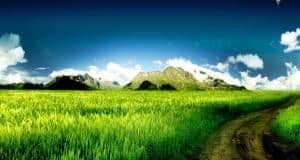